A decade after a Chinese researcher created the first gene-edited babies, there is a slippery slope in human gene editing in many countries.

Our Observatory published an article just after the Chinese geneticist Jiankui He shook the scientific world by announcing he had created the first genetically edited babies — twins, born in November 2018. From this date, the scientific community is trying to avoid the implantation of edited embryos. 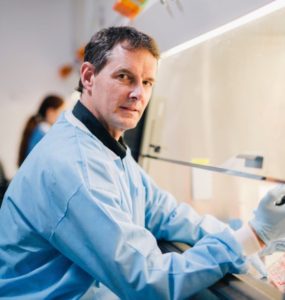 While scientists around the world agree the nightmare scenario must be stopped, they disagree about how to do it.

Some scientists want a years-long moratorium on creating pregnancies with gene-edited human embryos. Others say a moratorium would be too restrictive, or unenforceable. Some think scientific journals should agree not to publish embryo-editing research. Others consider that misguided or ineffective.

Most agree major health and science institutions should act quickly. The World Health Organization is assembling a panel to develop global standards for governments to follow and recently published a Guide. Leaders of the National Academy of Medicine and the National Academy of Sciences in the United States, along with the Chinese Academy of Sciences, have jointly proposed a commission with academies in other countries to develop criteria so scientists can’t “seek out convenient locales for conducting dangerous and unethical experimentation.” The proposal included establishing “an international mechanism that would enable scientists to raise concerns” The World Economic Forum in Davos has scheduled a discussion of the issue. Read the full article HERE.

The current state of the art at June 2021

An article published in PNAS (June 1, 2021, 118) showed the inefficiency of the current bans and restrictions implemented by international medical institutions. With the title “Setting ethical limits on human gene editing after the fall of the somatic/germline barrier”, John H. Evans, from the Institute for Practical Ethics University of California San Diego, concluded “The ethical debate about what is now called human gene editing (HGE) has gone on for more than 50 y. For nearly that entire time, there has been consensus that a moral divide exists between somatic and germline HGE. Conceptualizing this divide as a barrier on a slippery slope, in this paper, I first describe the slope, what makes it slippery, and describe strong barriers that arrest the slippage down to the dystopian bottom of pervasive eugenic enhancement. I then show how the somatic/germline barrier in the debate has been weakened to the level of ineffectiveness, with no replacement below. I examine a number of possible barriers on the slope below the somatic/germline barrier, most of which lack sufficient strength. With the exception of the minority of people in the HGE debate who see the eugenic society as a utopia, the majority will need a barrier on the slope to stop the slide to dystopia.”, read the full article HERE. The latest statement of National Academy of Medicine; National Academy of Sciences; The Royal Society; International Commission on the Clinical Use of Human Germline Genome Editing was published in National Academy Press entitled Heritable Human Genome Editing that confirms what John Evans’s statement “Heritable human genome editing – making changes to the genetic material of eggs, sperm, or any cells that lead to their development, including the cells of early embryos, and establishing a pregnancy – raises not only scientific and medical considerations but also a host of ethical, moral, and societal issues. Human embryos whose genomes have been edited should not be used to create a pregnancy until it is established that precise genomic changes can be made reliably and without introducing undesired changes – criteria that have not yet been met.”

In our opinion, although effective measures need to be urgently developed to prevent a repeat of what happened in China, we must also take into account the protection of human embryos. Not only should pregnancies with modified embryos be banned, but prohibiting the use of human embryos and their destruction in research is also urgent. Technical advances in this field must be based on animal models, as is usual in medicine. Read what has said the coinventor of CRISPR technique, Jennifer Doudna HERE.