Four months ago, Boris Johnson named Dominic Cummings as a senior aide and has since been strongly criticized for hiring an adviser with open eugenicist views, after it emerged that Mr. Cummings suggested in his own writings that the NHS should cover the cost of selecting babies to have higher IQs (Cambridge dictionary definition; intelligence quotient: a measure of someone’s intelligence found from special tests). His eugenic thinking created a storm between scientists and bioethicists, as well as in public opinion. 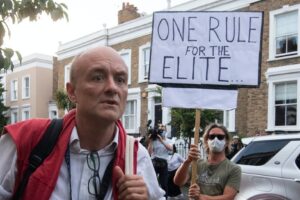 Now, English paper The Economist has published an article denouncing the role of Dominic Cummings in the London lockdown, saying that, “Nothing he’s done has matched his decision to drive his family 270 miles north during the lockdown, defying the government’s slogan at the time, ‘stay home, protect the NHS, save lives’, that he helped devise”. As a result, Boris Johnson has fallen several points in his approval rating.

From our bioethical point of view, rather than describe an eccentric figure, we would like to address Dominic Cummings’s eugenics, which is not an opinion but a conviction, which is becoming a trend in certain political and ethical personalities in the UK (read our analysis of The principle of Procreative Beneficence (PB) developed by Julian Savulescu). “He (Cummings) argues that history is driven forward by high-IQ mavericks who can see a new world gestating in the womb of the old. He is in awe of great scientists and mathematicians who revolutionize entire intellectual fields. But his own role models are Promethean statesmen who create new political orders—Bismarck is a particular favorite—or visionaries within the government who create high-performance organizations free from the chains of bureaucracy. This champion of populism is, in fact, engaged in a mission to turn Britain into a ‘meritocratic technopolis’, as he puts it. Mr. Cummings takes particular pleasure in quoting William James’s dictum: ‘When superior intellect and a psychopathic temperament coalesce…we have the best possible conditions for the kind of effective genius that gets into the biographical dictionaries.’ (May 28, The Economist). But his thoughts and projects don’t stop here, said British newspaper The Guardian: “In a blog post covering his views on the future of ‘designer babies’, Cummings said he believed rich would-be parents would inevitably select embryos with ‘the highest prediction for IQ’ and floated the idea that ‘a national health system should fund everybody to do this’ to avoid an unfair advantage for the wealthy.”

In this respect, “The professor, who is editor-in-chief of the Annals of Human Genetics, whose original title was the Annals of Eugenics, called the idea “ludicrous” and said: “It’s incredible to think that his proposals would involve creating 10 healthy fertilized embryos and then discarding nine of them, purely to select the one which scored highest on some completely illusory measure. Prof Richard Ashcroft, a medical ethicist at City University, called Cummings’ ideas “cargo cult science”. He added: “This idea that we can use biological selection to improve individuals and society, and that the state through the NHS, should facilitate this, really is pure eugenics.” 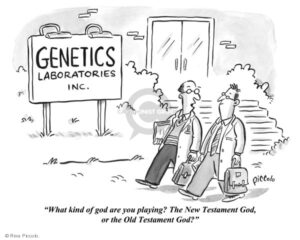 “All people have, without any discrimination, the inalienable right to exist, regardless of whether their state of health is more or less ideal.” read more HERE

Even when experts criticized Cummings’s theories about genetics, saying they were “unworkable, unethical and amounted to eugenics”, he did not reply and continues with the supporting designed babies.

“Cummings’s writings do not make any reference to race in relation to genetics and intelligence. But Labour and leading geneticists criticized Cummings for veering into the territory of eugenics – the practice of selection of desirable traits for the improvement of humans.”

The Guardian’s article concludes “No 10 declined to comment on whether Cummings still held the same views on selection of genes for intelligence as expressed in the 2014 post. It has repeatedly refused to answer questions this week over whether Johnson agrees with Sabisky (No 10 adviser resigned over race comments last February) that black people have lower IQs on average. A BBC article said, “Downing Street has only said its adviser Andrew Sabisky has resigned, following criticism of alleged past remarks on pregnancies, eugenics and race.”