A long debate on the scientific, legal and bioethical implications of the sale of organs of aborted fetuses and their use for experimentations was partially resolved by a restriction imposed by the previous Administration in 2019, which prohibited the financing of this practice with public funds. Although federal funds finance many projects, several continued to seek another source of income.

Now, the Biden Administration has partially removed the above-mentioned restriction. In this respect, the media celebrated the new measures, with The Washington Post (April 17, 2021) saying that it solves a “major collision point between social conservatives and the nation’s scientific community.” (read HERE). However, the author, with no evidence, involves the entire American scientific community, when is known that several prestigious scientists oppose not only the fetal organ market, but also calls into question the usefulness of this kind of research. One such example is the statement by Jennifer Doudna, which we published in an article entitled The need for research with human embryos to treat diseases according to the new Nobel Prize winner, which said: “I haven’t seen a convincing argument about the need for research with human embryos to treat diseases”. In this respect, the aforementioned article also reports that “David Prentice, research director of Charlotte Lozier Institute, said, ‘It’s a sad turn of events. . .  Now, taxpayer funds will be used for research that is poor ethics and poor science […] We’re trafficking in aborted fetal tissue for antiquated experiments.’ He contended that fetal tissue is less effective in research than adult stem cells, artificially grown groups of cells known as organoids and other material not derived from aborted fetuses.” Read HERE Charlotte Lozier Institute’s full report. 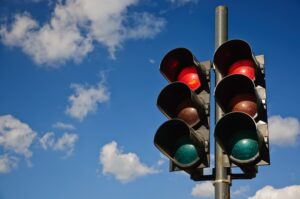 “NIH’s actions Friday rescind the central parts of the Trump-era policy but do not entirely restore rules to the way they had been [our emphasis]. The 2019 rules compelled academic and other outside scientists applying for grants or contracts to start including extensive justification of why human fetal tissue was needed for the work and why other research methods were inadequate. Scientists complained [the authors do not mention statements by scientists in this respect] the justification took up too much space in grant proposals and contract applications with a length limit.” From a scientific and bioethical point of view, rigorous justification is significantly important when this type of research is questioned, not only for ethical but also for scientific reasons.